On the Origin of Species by Means of Natural Selection with a subtitle or the preservation of favoured races in the struggle for life was published by John Murray on 24 November 1859. Aimed at a general audience, the book sold out its entire 1,500 copy print run immediately, and 3,000 copies were reprinted in a little over a month.

The argument of the book was based on four central propositions:

These new and controversial ideas prompted the up and coming biologist Thomas Huxley to write that he was “sharpening up my claws and beak in readiness” for the fight expected to follow. 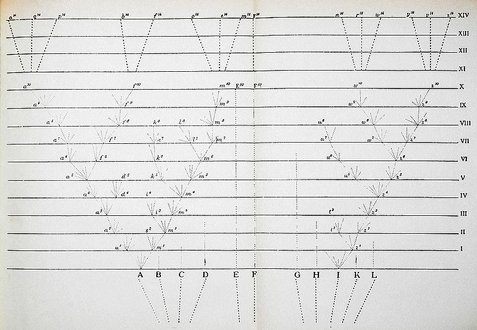