CHARLES DARWIN DESCRIBES HIS TIME ABOARD THE BEAGLE

The autobiography of Charles Darwin was published by John Murray five years after his death, as part of the three volume The Life and Letters of Charles Darwin. It featured this quote summarising Darwin’s view of his time aboard the Beagle:

“The voyage of the Beagle has been by far the most important event in my life, and has determined my whole career; yet it depended on so small a circumstance as my uncle offering to drive me thirty miles to Shrewsbury, which few uncles would have done, and on such a trifle as the shape of my nose. I have always felt that I owe to the voyage the first real training or education of my mind; I was led to attend closely to several branches of natural history, and thus my powers of observation were improved, though they were always fairly developed. The investigation of the geology of all the places visited was far more important, as reasoning here comes into play.” 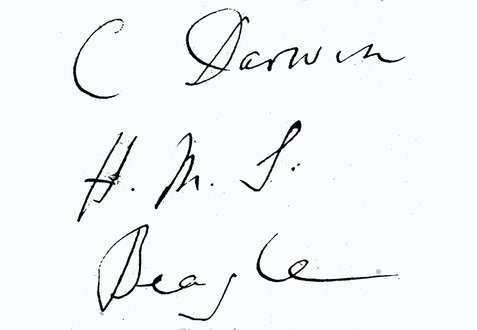