What is climate change?

Climate change refers to long-term changes in average weather patterns caused by human activities. Human-made climate change is caused by an increase in greenhouse gases in the atmosphere, in particular, carbon dioxide. The impacts of climate change include an increase in average temperatures, more frequent and severe heatwaves and storms, increased droughts and flooding, melting of ice sheets and glaciers, rising sea levels and ocean acidification. These impacts will have profound effects on the environment with implications for all forms of life.

What do we already know about climate change?

We know that carbon dioxide in the atmosphere has been increasing since the Industrial Revolution due to human activities, such as burning fossil fuels for energy and land use change. Pre-industrial levels of carbon dioxide were about 280 ppm and present-day levels are now starting to exceed 400 ppm. Carbon dioxide is a greenhouse gas, which means it traps heat from the Sun inside the Earth’s atmosphere.

From studying records of past climate, obtained from ice cores, we know that throughout Earth’s history, there has been a close relationship between the levels of greenhouse gases in the atmosphere and the average surface temperature of the Earth.

There is increasing evidence for human-made climate change. There is a correlation between increasing levels of carbon dioxide since the Industrial Revolution and increasing average global temperatures of the Earth. Average surface temperatures have increased by about 0.8ºC in the past century, and two-thirds of that warming has occurred since 1980. There is also a correlation with the average temperatures of the oceans, which at present absorb most of the additional heat. This warming has caused the global mean sea level to rise about 20 cm in the past century, the rate of which has nearly doubled in the past 20 years. This rise in sea level is a result of water expanding as it heats up, and the melting of ice sheets, sea ice and glaciers as temperatures increase and snowfall decreases.

As well as absorbing most of the additional heat, the oceans have also absorbed about 30% of the carbon dioxide released by human activities since the Industrial Revolution. Although this has slowed down the rate of climate change, it has led to an increase in the acidity of the oceans. Ocean acidification will have major implications for marine life and will eventually reduce the ocean’s ability to buffer the effects of increased carbon dioxide in the atmosphere.

Why is it important to study climate change?

Earth’s climate has changed throughout its history, but this is the first time that the changes are due to human activities. They are also happening at a much faster rate. The impacts of climate change will have profound effects on the environment with implications for all forms of life. All parts of the global ecosystem — land, ocean, atmosphere — and the life within it are all linked, so a change in one part of the system has knock-on effects in other parts. We need more scientific data to understand the effects of climate change to make informed predictions about the likely future of the planet and the life within it. This will enable determination of vulnerabilities, adaptation, mitigation, conservation and ecosystem management and inform policy and education.

Research on climate change encompasses science, technology and engineering, and extends into the social sciences. Climate change studies are therefore wide ranging and varied, and research includes the mechanisms of climate change, past climate and climate variability, ocean dynamics and variability, water and carbon cycles, and biogeochemistry, as well as studies on the impacts of climate change on terrestrial and marine life, agriculture, health and economies, sustainable practices and alternative energy sources, geoengineering options, and more.

How is climate change studied?

Making observations and collecting data, as Darwin did during his five-year voyage on HMS Beagle, are fundamental to studies of climate change. Nowadays, there are many sophisticated techniques for collecting data, including satellites and remote sensing, as well as ship- and land-based surveys and monitoring stations. Computer models and simulations are also a key part of climate change studies and can make use of raw data to make projections.

If you want to get involved with our climate change research, or any other part of the HMS Beagle Project’s science programme, please contact us. 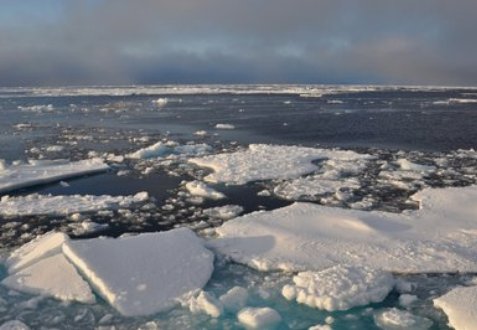