Biodiversity is the astonishing variety of living organisms with which we share planet Earth. As Darwin discovered, that diversity has been — and continues to be — generated through descent with modification. Biodiversity is not spread evenly across the planet; it is richer in certain places such as rainforests and coral reefs. Known as biodiversity hotspots these locations are a high priority for conservation efforts. Recognising the importance of biodiversity to human health, society and economies, the United Nations designated 2011 to 2020 as the United Nations Decade on Biodiversity.

What do we already know about biodiversity?

As Darwin demonstrated, all organisms alive today are related by descent. The process of speciation generated — and continues to generate — the diversity of different kinds of organisms, or species, that we observe today. Only a tiny fraction of the species that have ever lived on Earth are alive today; most have suffered the fate of extinction. The human population explosion, and the ways we modify the environment on an industrial scale, are associated with an ongoing loss of biodiversity.

Why is it important to study biodiversity?

The rapid loss of biodiversity occurring today threatens a range of ecosystem services, including the provision of food, shelter, medicines and materials; stabilisation of the soil, cleaning of the air and water, decomposition of wastes, and climate regulation; and, of course, they are a source of wonder and enjoyment. As such the loss of biodiversity is a pressing concern.

Research on biodiversity is almost as varied as the organisms themselves. It encompasses studies on how many species exist, how they diversify through time, how they are distributed, including the locations of and processes which produce hotspots, the quantification of ecosystem services, the impacts of biodiversity on agriculture, health, economies, how, where and why they are lost and at what rate, the impacts of protection and restoration efforts, and more.

How is biodiversity studied?

As in Darwin’s day, an important — perhaps still the most important — technique in biodiversity research is the venturing into Earth’s diverse habitats to observe and collect specimens. New species continue to be discovered despite centuries of human effort, collected not only from frontiers such as the deep sea and the rainforest canopy but also from well-studied habitats and even urban environments. Traditional techniques of observation and collection are supported by new technologies including remotely operated vehicles (ROVs) that venture to astonishing depths, DNA sequencing, which can be used to detect microorganisms and also potential new species among those we have already described, and even aerial and satellite imagery, which can identify patterns indicative of potentially undiscovered diversity.

If you want to get involved with our biodiversity research, or any other part of the HMS Beagle Project’s science programme, please contact us. 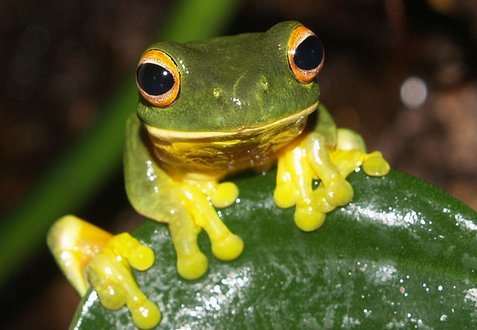