HMS Beagle set sail on her first voyage in 1826, leaving Plymouth on 22 May. Under the command of Captain Pringle Stokes the ship accompanied HMS Adventure on a hydrographic surveying expedition to Patagonia and Tierra del Fuego.

Two years into the mission, at Cape Famine on the Chilean side of the Strait of Magellan, Captain Stokes locked himself in his cabin for two weeks, before shooting himself. He died four days later. When the Beagle later sailed to Montevideo, Uruguay for repairs, the ship’s Flag Lieutenant, Robert FitzRoy, was given her command.

FitzRoy later identified a new navigable channel through the islands of Tierra del Fuego, which he named the Beagle Channel. When the local inhabitants stole a whaleboat from an on-shore camp, the captain took a group on board as hostages. When the Beagle returned home in 1830, FitzRoy transported four Fuegians to England. 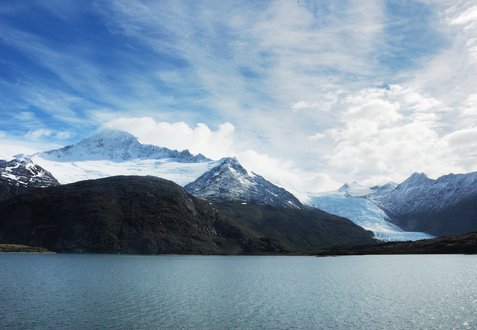