DARWIN AND THE ADVENTURE EXPEDITION

Supported by a British Council Darwin Now Network grant, marine research scientists from South America, the USA and the UK collaborated with representatives from the HMS Beagle Project and NASA as well as 60 local schoolchildren, to participate in a scientific workshop and two scientific voyages aboard a sailing vessel.

Live links to the International Space Station allowed interactive sessions with local schools in Paraty to stimulate interest in young scientists of the future. Beagle Project supporter astronaut Mike Barratt answered learners questions about the view of the world from space, set within the context of Darwin’s experiences.

The related workshops forged a new network of early-career scientists across South America, the UK and USA, in the areas of marine biodiversity and evolutionary science. 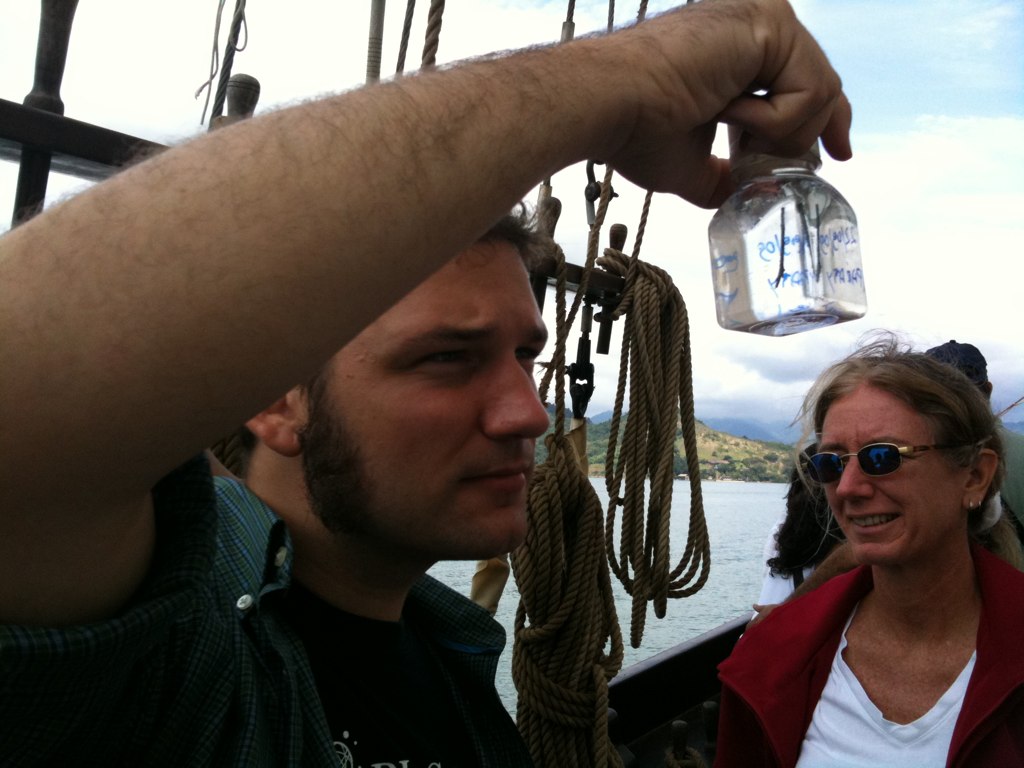