Taxonomy is the science of defining and describing species by defining groups of organisms that interbreed and/or share characteristics. There are approximately 1.8 million species known to modern science, some of which were discovered by Darwin and his taxonomist collaborators during and after his voyage on HMS Beagle.

How many species are left to identify?

Despite centuries of effort, we have only scratched the surface; there are probably at least 10 million more species to be discovered. The difficulty of finding and describing new species, compounded by a dearth of taxonomic expertise, which the United Nations Convention on Biological Diversity has called the ‘taxonomic impediment’, limits the capacity of research (e.g. ecology, evolution and systematics) and its applications (e.g. conservation).

Why is taxonomy important?

Like biodiversity itself, the discipline that results in the identification and description of new components of that diversity — taxonomy — is under threat from a combination of rapid extinction of both species and taxonomic expertise. This undermines human understanding of the ecosystem services we utterly rely on, including the provision of food, shelter, medicines and materials; stabilisation of the soil, cleaning of the air and water, decomposition of wastes, and climate regulation; and, of course, they are a source of wonder and enjoyment. As such the science of taxonomy — and the ‘taxonomic impediment’ are of pressing concern.

How are species identified and described?

In addition to alpha taxonomy, that is, the basic work of discovering, describing and naming species, DNA barcoding can help extend taxonomic expertise to empower researchers and citizen scientists alike to identify specimens and prompt reassessments of existing species definitions. DNA barcoding involves obtaining the sequence from (‘sequencing’) a short stretch of a specimen’s DNA (part of the mitochondrial CO1 gene from animals, or parts of chloroplast genes rbcL and matK from plants) from a biological specimen. This query sequence is then compared to a reference library of CO1 or matKand rbcL sequences (‘DNA barcodes’) linked to voucher specimens that have been identified by professional taxonomic specialists. The outcome is a DNA-assisted species identification, that is, a species-level name for the query specimen, inferred solely from its DNA. Other molecular disciplines, including metagenomics, are helping to rapidly build taxonomic knowledge in the kingdoms of life dominated by single-celled organisms: Protista, Archaea and Bacteria.

International Code of Nomenclature for algae, fungi, and plants

International Committee on Systematics of Prokaryotes

If you want to get involved with our taxonomy and DNA barcoding research, or any other part of the HMS Beagle Project’s science programme, please contact us. 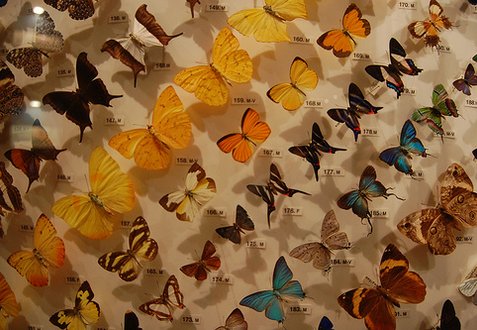