What is atmospheric science?

Atmospheric science is the study of the atmosphere and its processes. It includes meteorology, climatology, and atmospheric chemistry and physics. Meteorology is the branch that deals with weather and weather forecasting: air and sea temperatures, air pressure, humidity, cloud cover, wind speed and direction, visibility and solar radiation are all measured and monitored, and contribute to weather forecasts. Climatology is concerned with the average weather conditions over long periods and the periodicity of weather events. The branches of atmospheric chemistry and physics look at the chemical composition of the atmosphere and how it is changing, the transport and movement of particles in the atmosphere and the chemical reactions that take place.

What do we already know about the atmosphere and its processes?

The atmosphere is divided into layers according to changes in temperature, is composed of about 78% nitrogen, 21% oxygen and small amounts of other gases, and circulates heat around the Earth. There are many processes operating in the atmosphere, including the greenhouse effect, energy transfers via conduction, convection and radiation, the formation of clouds, weather fronts and other weather phenomena, and various chemical reactions. The atmosphere also has a major role in the water cycle and the carbon cycle, and the interaction between the ocean and the atmosphere is a key part of both. Importantly, we know that human activities can alter the composition of the atmosphere and its processes, for example, increased carbon dioxide levels leading to global climate change, the release of CFCs causing the hole in the ozone layer and increased sulphur dioxide and nitrogen oxide creating acid rain.

Why is it important to study atmospheric science?

Understanding atmospheric processes is a key part of determining how both marine- and land-based ecosystems function and is vital for short- and long-term monitoring of weather and climate, as well as weather forecasting and projections of climate change. Improving our understanding of the atmosphere enables better understanding of weather processes and phenomena and helps to determine past climates to inform predictions of future climates. It is also important for studying the transport and role of pollutants in the atmosphere, and their impact on human health and the environment.

Although we understand a lot about the atmosphere and how it works, there is still much that is unknown about this complex global system. Atmopsheric scientists are studying topics such as the formation of clouds and their interactions, the distribution and movement of water vapour, weather phenomena such as hurricanes, cyclones and fronts, the coupled ocean-atmosphere-land system, ocean-atmosphere biogeochemical cycles, greenhouse-gas emissions, and the transport and role of pollutants, such as aerosols, ozone, carbon monoxide, sulphur dioxide, nitrous oxides and trace metals.

How are atmospheric processes studied?

The atmosphere and its processes are studied primarily by collecting raw data and making observations. This data can be collected from weather stations, ships at sea, aircraft, satellites, buoys, balloons, and atmospheric sampling and monitoring programmes. The instruments used range from simple thermometers and barometers to instruments that collect atmospheric particles. Past climates are studied by collecting tree rings and ice cores, which provide a record of past climate. Computer models and simulations are a key part of atmospheric studies and can make use of raw data to make forecasts and projections, and track and predict the movement of pollutants.

If you want to get involved with our atmospheric science research, or any other part of the HMS Beagle Project’s science programme, please contact us. 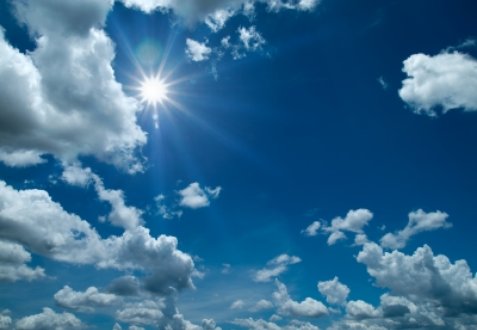