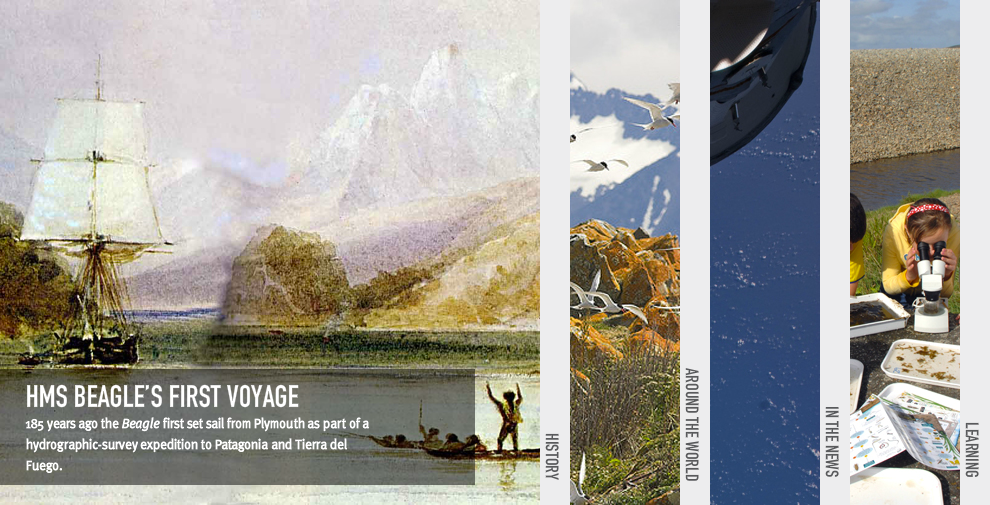 HMS Beagle Trust has some exciting  news for Christmas 2018,  following an approach in recent months by several new associates in the `UK and overseas. They  fully share the vision and concepts of the trust, and are working with us on planning new activities and implementing established trust objectives.  Plans include exciting developments in Australia, news of which we expect to put up on a fresh updated and newly hosted site in early 2019.

BRINGING THE ADVENTURE OF SCIENCE TO LIFE

The HMS Beagle Project will use hands-on learning to engage young people with science, while delivering original biodiversity and climate change research. Find out more about our learning and scienceprogrammes around the world.

BE A PART OF A GLOBAL OUTREACH EFFORT

We’ve got an ambitious idea but we can’t do it alone. You can help engage young people around the globe in the adventure of scientific discovery — and deliver cutting-edge climate research — by making a donation or becoming a sponsor.

A BEAGLE FOR THE 21ST CENTURY

We are working to use a sailing ship similar to the one that carried Charles Darwin on ‘the most important event’ of his life. Built of larch and oak, the modern Beagle will use GPS navigation, satellite communications and modern safety equipment.

The HMS Beagle Project coordinated a celebration of the scientist’s life and work in Paraty, Brazil. Marine scientists, representatives from NASA and local schoolchildren gathered to celebrate Charles Darwin’s bicentenary and promote the modern legacies of his voyage aboard HMS Beagle. Catch up with the eventvia the media coverage and the report.

RECREATING SOME OF DARWIN'S EXPERIENCES

The HMS Beagle Project and the Darwin Centre commisioned the Earl of Pembroke for the day and took a group of young people out to sea to recreate some of Darwin’s experiences and learn about the importance of the ocean and the life within it. Catch up with the event via the TV and newspaper coverage.

Find out the latest stories from the project below.

YOUNGSTERS LEARN OF LIFE UNDER THE OCEAN WAVES

Visit our blog to hear from the worldwide HMS Beagle Project team, and to have your say!